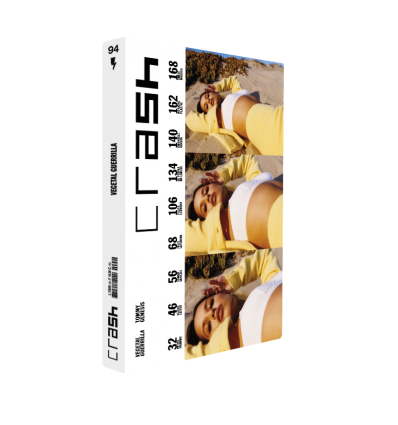 In Crash 94, “Vegetal Guerilla”, we give voice to plants, through the greatest thinkers, gardeners, activists, artists.

To include the rights of nature in a country’s constitution is really a big step and i wonder how indigenous peoples influenced this decision. Hamish Fulton

Pesticides are tools of destruction like firearms, atomic bombs, etc. In the end, they kill us after eliminating their main target: insects. Gilles Clément

I believe that Larzac, like the Caribbean, because they are both simultaneously remote and central places, border regions, are areas where unlikely encounters can take place, where the world in its global dimension intervenes. Philippe Artières

The origin of the city is the garden… We have learned to be in the city thanks to gardens. In the end, plants are also a political and cultural breeding ground. Emanuele Coccia

A parliament including a non-human entity, in this case the loire, is unique in France. This was made possible through public hearings and collective re-search bringing together philosophers, anthropologists, ecologists, biologists, lawyers and users of the river. Valérie Cabanes

We’re promoting recycled plastic to save plastic, not to save the planet. Its so true that it’s an economy that saves plastic: we are trying to keep the plastic industry afloat, because it generates billions. Rosalie Mann

Crash 77 / From paris with love